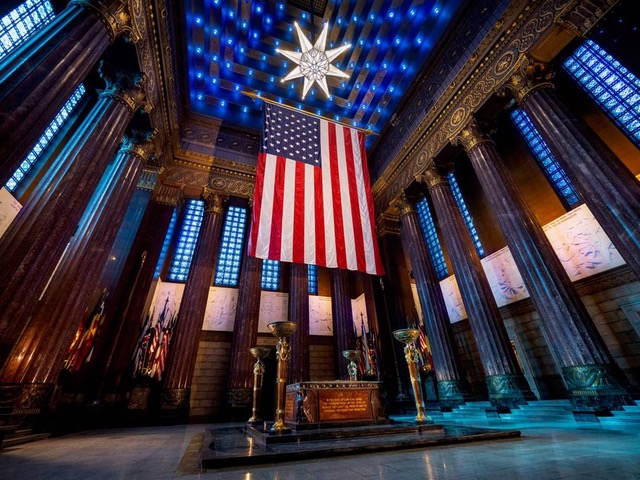 Architecture,Artifacts & Attractions,General Information
Often considered one of Indiana’s best kept secrets, the Indiana War Memorial is a well-recognized symbol of downtown Indianapolis. It holds an array of historical artifacts and quite a few surprises.  The cornerstone of the Memorial was laid on July 4, 1927 after World War I to attract the newly formed American Legion National Headquarters […]
Read More