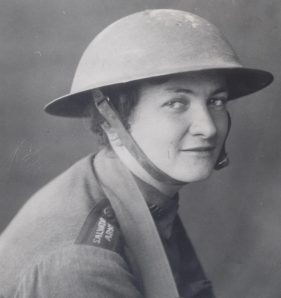 World War I drastically changed the way wars were fought, and as a result, the support and care required by the troops changed as well. When the United States joined WWI in April 1917, the Salvation Army was already an established organization. As the war progressed, they emerged as one of the leading organizations providing support to U.S. troops stationed in Europe.

Their story in WWI starts with Evangeline Booth, daughter of Salvation Army founder William Booth. In the fall of 1917, she led 250 Salvationists—many of them women—to France. Helen Purviance, from Huntington, Indiana, was among them.

Helen was born on Feb. 16, 1889 to James and Ella Purviance in Huntington. She moved to Rochester, New York, to attend boarding school at age 11. By the time she turned 17, she had moved to New York City to join the Salvation Army and attend their training schools. Helen became Captain Helen Purviance of Oswego, New York, and was an active officer in the Salvation Army. Soon after the United States entered the Great War, newly commissioned Helen joined the American First Division and departed for France in August 1917.

The Salvationists offered all forms of assistance to the troops in the rain-soaked trenches of Montiers-sur-Saulx. Helen, along with fellow Salvationist Margaret Sheldon, thought some home-cooking might help with the soldiers’ spirits. With supplies limited and little to cook, they came up with the idea of bringing doughnuts to the trenches of France. Doughnuts date back to ancient Rome and were brought to the United States by the Dutch in the 1600s. It wasn’t until WWI that doughnuts really took off, thanks to Helen and the Salvation Army “Doughnut Girls.”

The women made do with what they had, kneeling around a small, low, round stove, making only eight doughnuts at a time. The first day nearly 200 doughnuts were made, bringing joy and a sense of home to the troops. As time progressed and the demand for doughnuts increased, Helen began salvaging equipment to make more doughnuts. As she upgraded the equipment, they were making between 2,000 to 9,000 doughnuts a day! 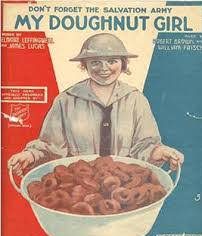 Helen’s experience in WWI did not end there. Despite General Pershing’s qualms about allowing women on the front lines, Helen and three other Salvation Army officers were admitted to the front line. She was one of the first women to arrive, and perhaps one of the first women on any front line in a U.S. conflict. Helen carried out the mission of the Salvation Army through the end of the war in November 1918.

Helen famously became known as the Doughnut Girl or the Doughnut Queen. She continued her humanitarian career with the Salvation Army, providing support nationally and even establishing a post in her hometown of Huntington. She worked as a teacher—later becoming the dean of the college—trained future members of the Salvation Army in the Bronx.

Doughnuts surged in popularity across the country after WWI and throughout the 1930s. In 1936, Helen expressed that she was “sick of doughnuts” and attempted to distance herself from the popular treat. She was quite unsuccessful, however, as she was typically pictured handing doughnuts to soldiers for the rest of her years whenever she attended an event. Helen died in February 1984 at the age of 95.

Women were banned from joining the armed forces when Helen volunteered to go to France. In fact, women lacked equal rights to men. World War Memorial Museum Executive Director Brigadier General Stewart Goodwin USAF (Ret) said, “In 1917 or 1918, for women to volunteer to go and help our guys in the trenches is almost unbelievable to me.” After all, it would be another three years before women had the right to vote. It was not until 1948—nearly 30 years after Helen returned home from France—that President Truman signed the Women’s Armed Services Integration Act into law, allowing women to serve as full, permanent members of all U.S. military branches. Helen Purviance was a fearless renegade for women. Her sacrifice and dedication are remembered today.

Learn more about Helen Purviance and the women of the Salvation Army at the Indiana War Memorials Museum. Open Wednesday through Sunday from 9 a.m. to 5 p.m. Admission is free! 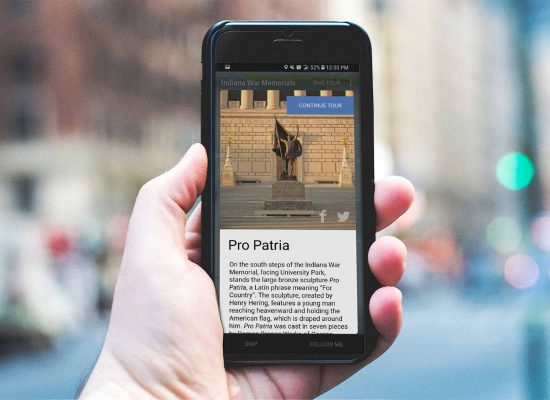 By Brandon Raymer I have lived in Indiana all my life and I had never explored our... Today we commemorate Veterans Day—a day set aside annually to honor and thank all...
← Celebrating One of Indiana’s Own: Tuskegee Airman Arthur Lloyd Carter
Indiana Veterans Center: The First of Its Kind →