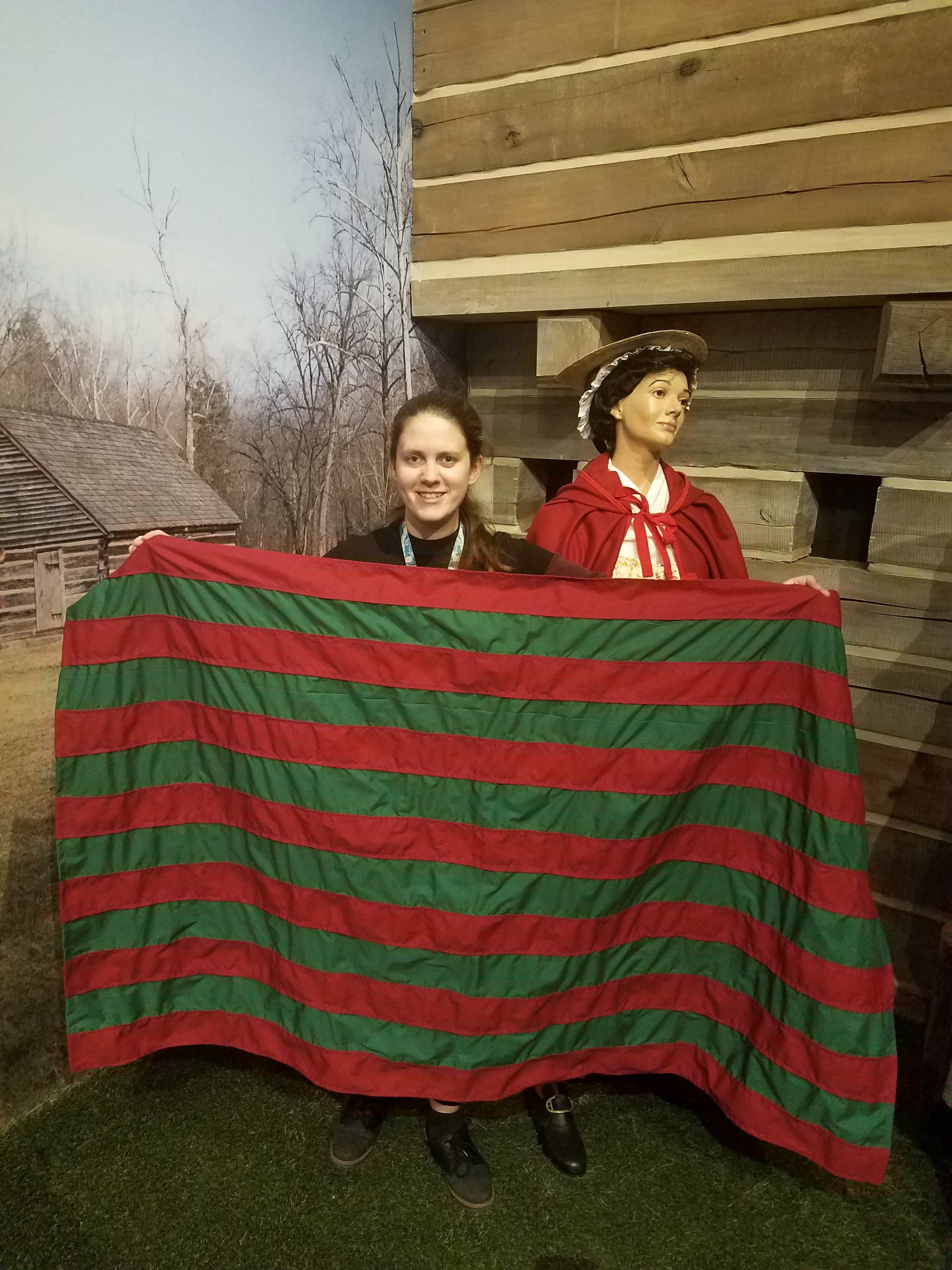 Over the coming months, we’re highlighting our staff at the Indiana War Memorials. Our dedicated team is passionate about honoring Hoosier veterans and sharing their stories of valor and sacrifice. With that in mind, it seems only fitting that our first staff feature is on Collections Manager Jennifer Watson. Jennifer came to us in May of 2014 as an intern and was hired September of 2015 as our collections manager.

What inspired you to work in collections management?

Jennifer: I first volunteered at the Wonderlab in Bloomington when I was in middle school. This started my interest in museums. In college, I took an anthropology course, which provided a behind-the-scenes tour at the Greeley History Museum in Colorado. After that tour, I later  interned there in archives, collections and registration. Although the tasks were relatively unexciting—cataloging a collection of photos and transcribing oral histories—I enjoyed what I was doing and learning. From there, I decided to go to IUPUI for a degree in Museum Studies so that I could work in collections management.

How did you begin your time at the Indiana War Memorials?

Jennifer: I began as an intern for the previous collections manager, Ryan. At the time, we were working on a couple of reorganization projects in the storage areas and the library. I entered thousands of items into our collections database. Ryan left to work at another museum around the time that I graduated, and I was hired to replace him.

Jennifer: I spend most days doing a combination of cataloging artifacts, researching for either exhibits or potential new acquisitions, and inventorying our current collection. I also communicate with potential or current donors, lenders or researchers.

What is your favorite collections item at the museum?

Jennifer: As you can imagine, it’s difficult to choose just one. There are collections of artifacts that I love, like our WWI and WWII propaganda posters and our Civil War battle flags. Some of my favorites are on display, like the scrimshaw powder horn (see below) in the Revolutionary War gallery and the 25th Indiana Volunteer Infantry Battle Flag in the front lobby. But my very favorite piece isn’t currently on display. Everyone who knows me knows my love of baking, and that inspired this selection. One of my favorite artifacts is a piece of hardtack from 1898. It still looks relatively the same despite over 100 years since its creation. Hardtack is basically a very hard, tough cracker which was added to soups or dipped in coffee to make it soft enough to eat. It is extremely shelf stable. They were so stable that ones left from the Civil War were issued during the Spanish-American War 30 years later.

This hardtack belonged to Corporal John Garrigues of the 161st Indiana Volunteer Infantry who served during the Spanish-American War. He signed it with his name and the date, July 14, (18)98. Before donating it to the IWM, the donor told us that he had actually taken a bite of it 30 years previously, at least 60 years after it was baked. What are you most proud of during your time at the Indiana War Memorials?

Jennifer: I am most proud of our preservation work with the battle flag program. We have a collection of over 300 battle flags, most from the Civil War. To date we have had about 35 flags conserved, many of them before I started working here. Currently, 18 flags are on display in our newly renovated Civil War Exhibit.

What is your favorite military era at the IWM?

Jennifer: My favorite era is the Revolutionary War. Conveniently, that was the gallery that was being renovated when I started working here.

Thank you, Jennifer, for your time and effort in the collections management at the Indiana War Memorial Museum. Jennifer has played a large role in the reopening of the Eli Lilly Civil War Exhibition at the Indiana War Memorial Museum (previously located in the basement of the Soldiers and Sailors Monument). Be sure to pay the new exhibition a visit the next time you are in Downtown Indianapolis!

The museum is open Wednesday through Sunday from 9 a.m. – 5 p.m. and admission is free! 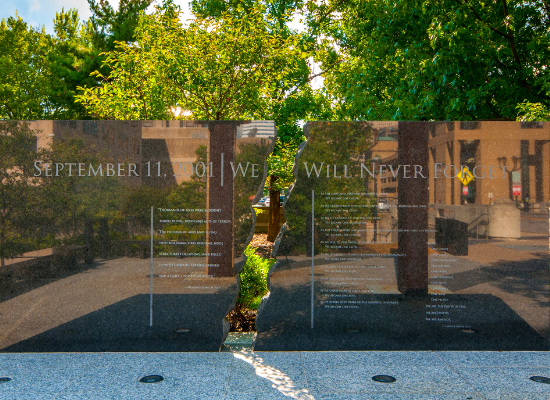 The tragic events of September 11, 2001 changed the United States forever. Our way... This Veterans Day weekend, Visit Indy is giving one veteran the chance of a lifetime. Shining...
← The Pledge of Allegiance
20th Anniversary of 9/11: A Reflection on our Nation’s Resolve and Resiliency →